In the spring of 2020, the NAACP won a landmark voting rights case in the East Ramapo School District of Rockmount County, New York by convincing the judge that precinct boundaries drawn for school board elections substantially diluted the Black and Latino minority vote. Vote dilution violates Section 2 of the Voting Rights Act (VRA), which “prohibits drawing election districts in ways that improperly dilute minorities’ voting power.” During the case, expert witnesses Dr. Matt Barreto and Dr. Loren Collingwood, also the DSSG project leads, employed a wide array of novel data science methods to quantify vote dilution. Their victory cemented the validity of these tools in a legal setting and future voting rights litigation.

In this DSSG project, we build on Dr. Barreto and Dr. Collingwood’s initial version of eiCompare, software in the form of an R package that enables anyone in the world to measure vote dilution using the same tools that were used in the East Ramapo case (Collingwood et al., 2016). The goal of this project is to expand the software’s functionality, incorporate additional statistically rigorous tests, and make it accessible to everyone so that groups and organizations throughout the country can use it to fight for their electoral rights. 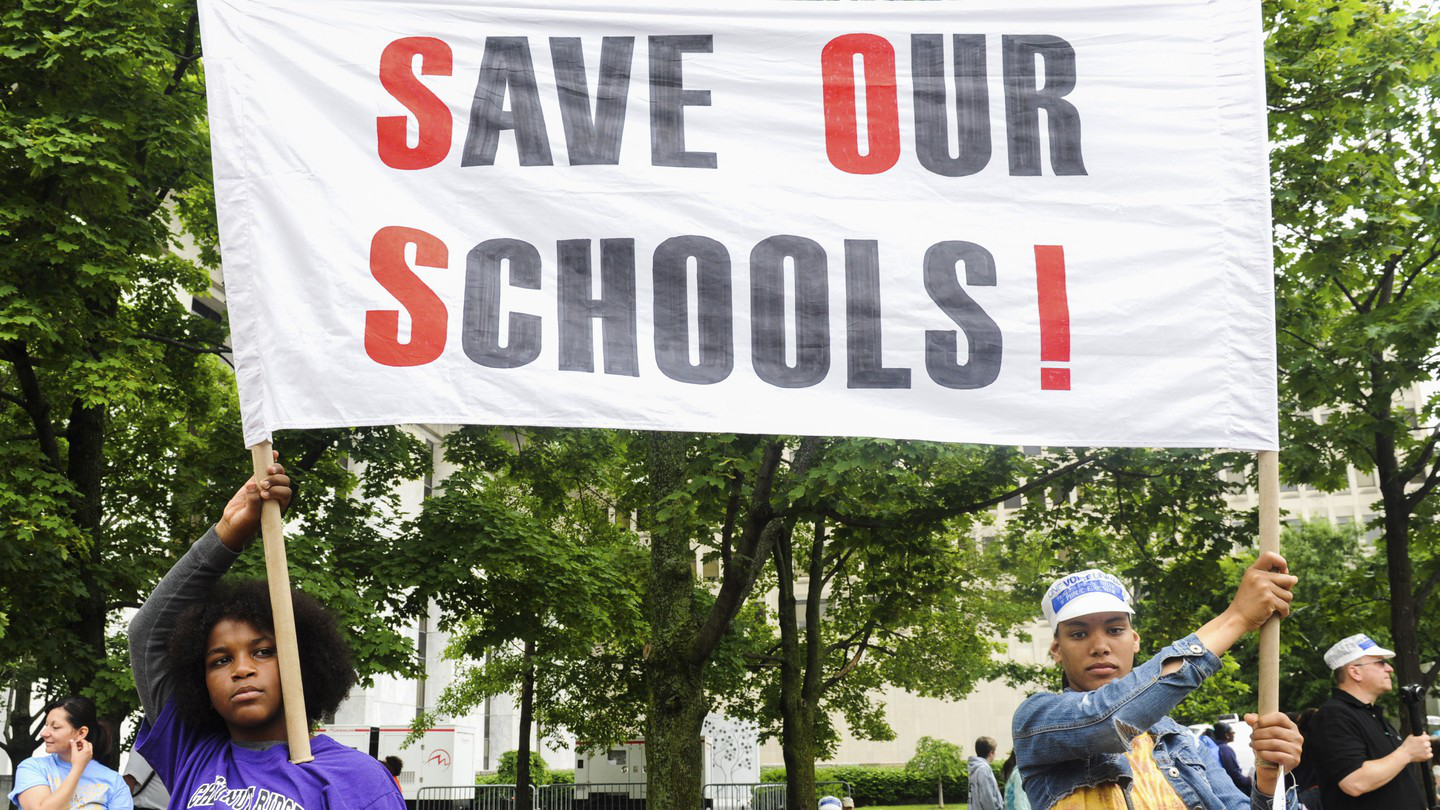 Without fair representation, minority citizens cannot effectively support and protect their own institutions. The East Ramapo School Board example illustrates how vote dilution can cause an institution like education to erode over time. During the court proceedings, lawyers from the New York Civil Liberties Union (NYCLU) explained how a lack of minority representation on the board led to the gradual siphoning of funds from public schools attended by Black and Latino students to private schools attended by white students. As a result, the educational experiences of public school attendees began to deteriorate:

To convince the judge that the defunding of public schools ultimately resulted from vote dilution, the plaintiffs’ evidence needed to pass the Gingles Test, established as precedent for assessing minority vote dilution in the 1986 case Thornburg v. Gingles. The Gingles Test requires showing:

Requirement #1 can be assessed easily by looking at Census demographic data. Requirements #2 and #3, however, can be difficult to demonstrate because voting is confidential - we can never know who voted for which candidate with certainty. Recently, innovations in quantitative social science have enabled rigorous new analytic approaches to estimating the voting behavior of different demographic groups.

Satisfying the requirements presented by the Gingles Test requires a number of statistical techniques. Some of the most important methods are the following:

These tools helped the NAACP win the East Ramapo School Board case. We envision them being applied in future voting rights cases throughout the United States, particularly leading up to widespread 2021 redistricting.

We hope that the new version of eiCompare we develop will empower organizations like the ACLU, NAACP, and thousands of local community groups to begin their own legal battles against vote dilution. Throughout the project, we sought to achieve the following goals:

The overall goal of this project is to develop a suite of tools, as an easily accessible software package, that allow other practitioners to assess the presence of voter dilution. Thus, beyond this team, the primary stakeholders most reliant on this project include:

The benefits these stakeholders receive from the package stem from its usability and accuracy in their use cases. Thus, their viewpoint may inform the development of certain functionalities or documentation in the package. Overall, however, the ultimate beneficiaries of this project are:

There are multiple facets of ethics our team has considered for this project. Ethical considerations must be taken into account from the moment voting registration and history data is in our possession. Furthermore, the team also considered how imprecision can have implications beyond our direct stakeholders and how results using the eiCompare package can affect various individuals and groups. We aimed to address these concerns as we completed the project.

Firstly, we need to consider the privacy of voters. eiCompare processes voter registration and election history data from all over the country. These data files contain a great deal of information, such as names and addresses, that can be linked directly back to an individual. Although these data files are generally publicly available by filling out an inquiry form to a state or county level database, our team understood that this data should not be freely distributed and protected. We needed to protect the individuals within the databases as disseminating this information does not add to our project. Making this data freely available could lead to the nefarious use of sensitive data that may otherwise not have occurred. Data used in this project as part of examples and package development have been anonymized by removing personal information and creating an alternate unique ID.

Secondly, eiCompare requires multiple processing and analysis steps to assess and visualize the presence of voter dilution from raw voter files. Each step requires meticulous error handling, missing data analysis, and accuracy assessments to ensure viability of produced results.. Overestimation and underestimation of voting dilution can support or go against the narratives presented by representative constituents. However, by including checks and sensitivity analyses along the way, a user will have more confidence in their analysis and in turn will better the package’s reputation as a reliable tool. A well polished package would be indispensable for rigorous analytical work for litigation as well as inform equitable redistricting in 2021.

Lastly, we considered the multitude of potential direct and indirect stakeholders, as well as primary and secondary stakeholders, who would be affected by eiCompare. Each individual and group has their own benefits and risks with the creation of eiCompare and the team considered the package’s impact on all of these players. As stated above, accuracy, as well as a user friendly package, benefits the greater good of the community to make just and equitable voting more attainable. Even though a courtroom may set some of these stakeholders on opposing sides, a stable analysis from eiCompare would aid in ensuring fair elections.

Throughout the course of the project, we engaged with stakeholders to better understand how software tools could better serve their needs. Thus, we strived to ensure project had immediate and direct impact on the ability of these stakeholders to conduct their work. Generally, the software tools we developed make it easier, simpler, and faster to assess the prevalence of racially polarized voting in a jurisdiction given voter and election data.

Stakeholders who have directly used eiCompare to perform EI on datasets have communicated their needs and difficulties with using the package. Thus, we have directly shaped the package in respond to their feedback. This has led to the development of improved visualizations, preprocessing functions, documentation, and additional features.

Furthermore, the East Ramapo case was directly impacted by the efforts of this project. The analyses used in the court case have been formalized and folded into the package. These tools, within eiCompare were then used to develop outputs that were presented to the judge in the final stages of the court case, demonstrating the ability of the package to effectively push forward litigation.

Lastly, in the longer term, this project can be leveraged at a wider scale by other organizations focused on promoting redistricting and voting rights. For example, the National Democratic Redistricting Committee utilizes a variety of statistical analyses in their work. They operationalize these analyses to run at scale in order to study redistricting in a variety of contexts. The NDRC has expressed interest in scaling eiCompare and the tools it provides once the package has reached completion.